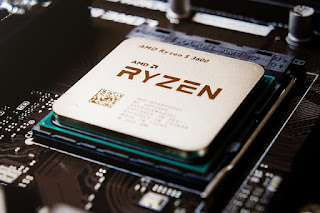 AMD is working on new Ryzen CPUs in the lower price range, as MEGAsizeGPU reports on Twitter (via Videocardz): Specifically, the Ryzen 7 5700X, the Ryzen 5 5600 and the Ryzen 5 5500 are to go on sale in March 2022; the three models are intended as a counter to Intel's inexpensive Alder Lake processors of the i3/i5 class.

With the Ryzen 5 5600, it remains open for the time being whether AMD relies on Vermeer or Cezanne. The Core i5-12400F will serve as a competitor here, whereby its price should be undercut. In order to achieve its performance, however, a Vermeer-based CPU is required, as its 32 instead of 16 MByte L3 cache provides ten to 15 percent more performance, especially in games. In addition, Cezanne only supports PCIe Gen3 instead of Gen4 for the graphics card - a very relevant factor for models such as the Radeon RX 6500 XT.