OM-1 is here: Olympus is on it, OM System is in it 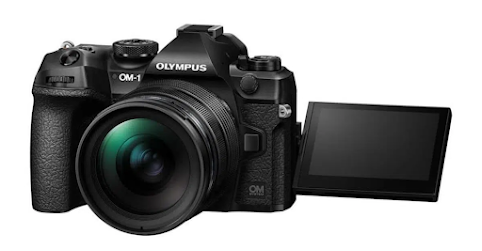 What do you think: Was the wait for the OM-1 worth it? The first camera under the new "OM System" brand name was introduced.

OM Digital Solutions is launching its first high-end mirrorless camera, the OM System OM-1. It is also the first camera to appear under the new "OM System" label after the brand name was officially launched last October. However, the name Olympus remains with the housing of the OM-1.

In recent days and weeks, some rumors about the new camera with Micro Four Thirds sensor had accumulated, which are finally coming to an end with today's presentation.

As previously expected, the OM-1 now comes with a stacked BSI CMOS sensor with a resolution of 20 MP and 5-axis stabilization. Not only the design of the sensor is new, but also the resolution of the electronic viewfinder has been rotated, which is now 5.7 instead of only 2.36 million pixels and thus on a level of about a Canon EOS R5. The screen can be swivelled freely in all directions and offers a resolution of 1.62 million pixels.

Up to 120 frames per second, new autofocus

The autofocus with phase and contrast method now brings it to 1,053 focus points and, according to the manufacturer – among other things because of the much more powerful TruePix X processor – should focus much faster and more reliably. In addition, the OM-1 offers deep learning technologies and recognizes the eyes of humans and animals, cars, motorcycles, airplanes and trains. Astrophotographers can also look forward to a special starry sky AF.

Videos can be recorded in 4K resolution (4,096 x 2,160 pixels) with up to 60 fps, connection options for an external microphone and headphones are available.

Also announced in the rumor mill was a new battery called BLX-1, with which OM System promises up to 520 shots on one charge. That's 100 more shots than its predecessor. In addition, the camera can be operated via USB-C. In addition, the OM-1 offers space for two SD cards according to UHS-II standard. It weighs about 600 grams.

The OM System OM-1 will be available as early as March 2022. The manufacturer estimates a price of around 2,200 euros.