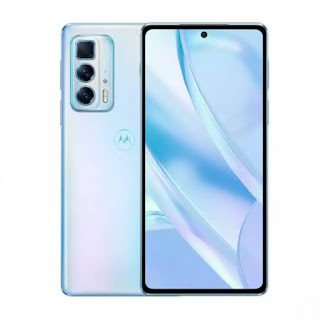 Motorola has announced a new launch event. Most likely, on this date, the new Motorola Edge 30 Pro with Snapdragon 8 Gen 1 will be presented for the global sales launch.

A few days ago, a leaker announced that the global launch of the Motorola Edge 30 Pro is scheduled to launch globally in February. This now seems to be true, because Motorola has invited to a new launch event.

On February 24, in just over two weeks, the brand wants to present at least one new smartphone, probably even several models, under the motto "#findyouredge". The Edge 30 Pro and the also expected Edge 30 are not explicitly mentioned. However, it should be relatively certain that the event revolves around the successors of Motorola Edge 20 (about 390 euros on Amazon) and Motorola Edge 20 Pro (about 590 euros on Amazon) from the previous year.

The global Edge 30 Pro, which initially haunted the rumor mill as the Edge 30 Ultra, is likely to be the global version of the Moto Edge X30, which Motorola and Lenovo presented in China at the end of last year. There, the flagship is a great success and sells brilliantly.

The Moto Edge X30 is equipped with the new Snapdragon 8 Gen 1 SoC from Qualcomm. In addition, there are 8 to 12 GB of RAM and 128 or 256 GB of storage space. The AMOLED display measures 6.7 inches diagonally, updated at 144 Hz and resolves with FHD+. The 60 megapixel selfie cam sits in a punch hole, in the Special Edition it is even completely invisible. In addition, there are two 50 megapixel cameras on the back, paired with a 2 MP sensor. The battery holds 5,000 mAh and charges with up to 68 watts.

The flagship is offered in China at an affordable price. About the European prices and variants of the Motorola Edge 30 (Pro) is currently nothing concrete known. That should change on February 24th...