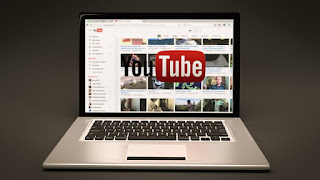 Just in time for ces in Las Vegas, Volvo is expanding its cooperation with Google. The Swedes bring Youtube into the car and link Google Home devices.

When it comes to working with Google, Volvo is a true pioneer. The Swedes have become the first car manufacturer ever to introduce an infotainment system based on Android Automotive OS with the integrated functions Google Assistant, Google Maps and Google Play and want to launch VolvoCars.OS, a completely new Google-based operating system, in the next vehicle generations from 2022.

But also for the existing models with Android Automotive OS on board, including, for example, the C40 and XC40 Recharge or the XC60 as well as S and V90 in their current generation, the development continues. Just in time for the high-tech CES trade fair in Las Vegas, Volvo is expanding its cooperation with Google in spring 2022 with the possibility of playing YouTube videos via the display in the vehicle. Sounds like a gimmick, but it makes sense especially with regard to current and upcoming electric Volvos. If they have to go to the charging station on the way, passengers will in future have the option of streaming videos during the charging break via the Youtube integration. For safety reasons, however, the fun only works if the vehicle has been parked. Volvo wants to develop the function in the future, however, so that only the video stops when the journey continues, but the sound continues. The new Youtube app can be downloaded via the Google Playstore integrated into the vehicle's user interface. In addition to the Youtube extension, according to Volvo, other video streaming services will soon be available for use in the car.

Voice commands from the sofa for the car

The second innovation concerns the integration of a Volvo with Android operating system into the Google Home ecosystem. So far, the vehicle can be linked to the Google account of its driver and then used to control other smart devices – but vice versa this was not possible. In practice, it was therefore no problem to tell the networked thermostat at home from the car the desired room temperature on arrival. From home, however, setting the desired feel-good temperature on departure by voice command did not work so far. That is about to change. For all connected devices connected via the driver's Google account. This means that it will be possible to preheat the vehicle by voice command or click on the display of the smartwatch and the smartphone or to start charging with a wallbox when connected. According to Volvo, safety-relevant commands or instructions that could cause costs (charging processes) are secured by a two-factor authorization. In practice, this means that anyone who unlocks their car by voice command from the living room must confirm this command, for example, by querying a second device (for example, the smartphone). The deeper integration into the Google Home universe should be available in the next few months!

In addition, Volvo announced that it would expand the Playstore of the vehicles with additional apps. For example, it will be possible to activate other navigation services in addition to Google Maps. In addition, special charging apps such as Chargepoint or Plugshare should be able to be used.

Volvo is Google's leading automotive partner in the further development of its own operating system. In other words, the functions advanced here will not only be used by Volvo or Polestar, but also by models of any other manufacturer that integrates Android Automotive OS. And not only for electric vehicles, but also for combustion vehicles.

Volvo is consistently pursuing the path of complete Google depth integration. The close connection to the search engine giant has the advantage that Volvo customers with a Google account and active Google Home devices can use and control their vehicle from the familiar digital ecosystem. Volvo emphasizes that it meets all data protection requirements.