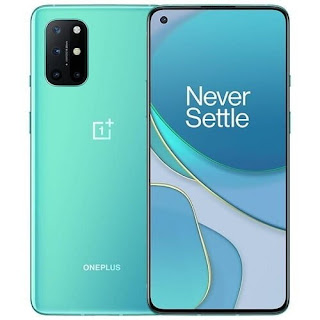 The launch of the OnePlus 10 Pro is approaching. In China, the smartphone is already available for pre-order. As part of CES 2022 and in small portion sizes, OnePlus is leaving more and more details out of the bag. Yesterday, for example, the design with the new camera hump had already been shown. This is largely in line with the leaks from recent months.

The leakers were also quite accurate in advance with the data situation on the technical specifications for the new OnePlus flagship. Even if some details were probably easy to guess – OnePlus has now officially confirmed some technical details.

As expected, the smartphone comes with the Snapdragon 8 Gen 1, which is supported by LPDDR5 RAM and UFS 3.1 memory. How big the capacities will be, you will certainly vary a little from market to market – you have to wait and see.

The OnePlus 10 Pro measures 163 x 73.9 x 8.55 millimeters. Not surprisingly, an AMOLED display with LTPO technology and up to 120 Hz refresh rate is still used on the front. However, this is from the second generation, whatever that may promise.

While on the front you rely on a camera with 32 megapixels, there is a team of three cameras on the back. It can be assumed that one covers here ultra-wide angle lens, main camera and a telephoto lens with the cameras of 48 MP, 50 MP and 8 MP. Also included: Dual OIS.

Other details that have already been announced? The battery should have a capacity of 5,000 mAh. That, too, was previously in circulation. Likewise, the wired charging with 80 watts and wireless charging with 50 watts. Exciting: Here you now rely on the marketing speak of Oppo with SuperVOOC and AirVOOC. Purely from a technical point of view, as is well known, the same technology has always been behind it.

While one is already approaching Oppo in this point, one thing probably remains the same: OxygenOS 12 is probably still used as a surface. Of course, you rely on Android 12. But there was actually talk of a new software in cooperation with Oppo. There will certainly be some time until the global market launch, let's see how the whole thing will be raised there.