iPhone SE 3: Images cause a lot of confusion 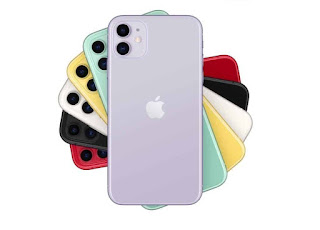 Actually, the situation was clear: The iPhone SE 3 retains its design – nothing new at Apple. Now, however, images are appearing that cause a lot of confusion. Previous assumptions are simply thrown overboard.

According to the current state of knowledge, Apple does not touch the design of the iPhone SE. The third generation should therefore only get a faster chip and a 5G modem, the rest remains untouched. Only in 2023 at the earliest should there be a new form and the home button will have become obsolete.

However, the pictures and a video of a so-called "dummy" that has now surfaced now confuse the facts (source: Coverpigtou.it). The back and the position of the volume buttons along with the SIM card compartment match the current design of the iPhone SE. The front, however, lacks wide edges and especially the home button. The bottom line is a kind of combination of elements of the current iPhone SE and an iPhone XR with a full-frame display.

To be honest, no one expects something like this for 2022. As already mentioned, Apple would probably present such an iPhone SE in a new guise next year, but now this would be too early.

Either someone allows themselves a joke and the dummy can be considered "fake news" or someone actually had access to an early model from the development. What is true remains in the dark for the time being and may be dissolved at the rumored Apple event in the spring.

As a reminder, this is what the iPhone XR looks like again:

Why are there such dummies?

Good to know: Such design models usually serve bag manufacturers as a template for the design and early production of their products. However, this does not mean that this is always one hundred percent correct. There have also been one or two cases where you speculated and could then stamp out pre-produced bags and covers again. Ergo: Better not to rejoice too early and stay skeptical.