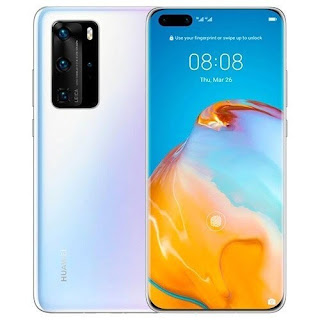 The Huawei Mate 50 Series did not appear last fall as expected. Instead, the company, which is still sanctioned by the USA, had to postpone the release to 2022. Today, based on internal CAT drawings, we get a first impression of what the flagship smartphone will look like, which will obviously be missing the logo of German camera manufacturer Leica for the first time in a long time.

Next week, Wednesday (01/26/22), Huawei will also officially present the P50 Pocket and the P50 Pro in Germany and offer them for sale. Of course, still without LTE 5G and without Google applications such as the Play Store, Gmail, calendar and Google contacts.

Pro continues to lead the ranking of camera experts at DXOMARK, which is probably why it should also attract interest in this country despite US sanctions. The German camera manufacturer Leica is also responsible for this success, which at least still advertises with its logo on the P50 Pro. This is no longer the case with the latest folding foldable and will no longer be the case with the Huawei Mate 50 expected this year.

At least that's the view of the colleagues from "Equal Leaks" who commissioned Nova Concept to create render images which, like Steve Hemmerstoffer, were derived from the original CAT sketches. It quickly becomes clear that the design has hardly changed compared to its predecessor. Both the Huawei Mate 50 and the Mate 50 Pro use a rounded AMOLED display with a diagonal of 6.28 and 6.38 inches from BOE Technology. The resolution is assumed to be 1,344 x 2,772 pixels (FHD+) and a variable refresh rate of up to 120 Hertz using LTPO technology. There is a single front camera in the top center under the panel (punch hole).

On the back there is "only" a triple camera

The rear main camera is said to be shaped into a large circle again, although the "dual ring design" is currently very popular. Although there are five openings in total, it should "only" be a triple setup, which should consist of a primary, ultra-wide-angle and a periscope camera. The Leica branding is completely gone. The lossless zoom is limited to 5x magnification. A 10x optical zoom will not be available from Huawei this year.

A custom-made Snapdragon 8 Gen 1 (4G) processor is provided for the top model of the Huawei Mate 50 Series, which Qualcomm will manufacture without an LTE 5G modem. At the same time, however, the use of the 5G-capable HiSilicon Kirin 9000 SoC (System on a Chip) is planned. It has not yet been decided whether this will only be reserved for the Mate 50 or in general for the home market. That depends heavily on the stocks of the processors.

Maybe already at the MWC 2022 in Barcelona?

Richard Yu, CEO of the Huawei Consumer Business Group, initially promised us the Huawei Mate 50 Series for 2022 together with HarmonyOS 3.0. But then also globally. Some say it won't be released until June 2022. The MWC 2022 in Barcelona (February 28 - March 3) would certainly be a suitable time, for which Huawei has already confirmed under the motto "Lighting up the Future".