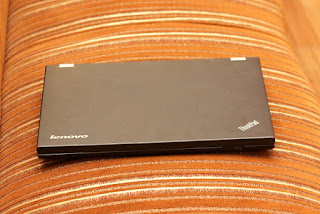 Lenovo unveiled a brand new notebook technology at this year's CES. We'll show you what the new generation of ThinkBook Plus can do.

Currently, CES 2022 is taking place in Las Vegas. There, manufacturers all over the world present new products. Lenovo has also surprised fans with a new innovation.

At CES, many novelties and innovations in the field of consumer electronics await us every year. The fair is the perfect opportunity for manufacturers to present their products and promote them. Although many of the ideas and devices presented are rather ideas for the future, a not insignificant part actually comes into the trade.

Of course, the manufacturer Lenovo also tries to promote its own products and make them palatable to visitors. The Chinese group is currently the leading producer of PCs and notebooks around the world and naturally wants to keep this position. That is why innovative innovations are needed that extend the lead over the competition.

In addition to many other products, a new generation of the ThinkBook Plus was also presented: the thinkBook Plus of the third generation. The 17.3-inch notebook is intended to change the use of mobile computers. As with the Asus ZenBook Duo, there is an integrated second display. However, Lenovo does not install it above, but next to the keyboard. This is intended to increase productivity and is intended, for example, for notes or as a surface for drawing.

In addition, shortcuts should be able to be used via the smaller screen and useful applications such as the calendar or the calculator should be opened. One of the most useful functions is probably the mirroring of the smartphone. Thus, you can access your mobile phone directly with your PC.

The ThinkBook Gen. 3 can also convince in other areas. In terms of performance, the model is equipped with an Intel processor of the 12th generation, which is supported by up to 32 gigabytes of LPDDR5 memory. The Intel Iris XE graphics card is responsible for the graphics, which delivers enormous speed and attention to detail. The maximum resolution of the main display is 3,072 x 1,440 pixels and a refresh rate of 120 Hertz. The second screen has a size of 8 inches at a resolution of 800 x 1,280 pixels.

The SSD storage space can be up to one terabyte in size, which can also be expanded by external storage. According to the manufacturer, the battery life is just under 7 hours and the charge is made via a 100-watt adapter. As a nice addition, the device is equipped with two Harman/Kardon Dolby Atmos speakers, which provide a decent sound.

In addition, the ThinkBook is equipped with an FHD camera for video conferencing and the like. This has a privacy shutter to avoid unwanted shots with the camera. In addition to the classic password, you can also unlock the device with the help of a fingerprint reader.

On paper, this data sounds pretty promising. How exactly the notebook will make itself in the end remains to be seen. The same applies to the second display, which is a nice idea, but the real application possibilities in everyday life and at work have yet to establish themselves. The model will appear in different variants, with the cheapest version probably costing just over 1,000 euros.