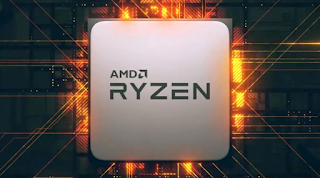 In the database of the project MilkyWay@home, which uses distributed computing to create a highly accurate 3D computer model of the Milky Way and uses the BOINC platform, two CPUs with 8 and 16 Zen-4 cores have appeared, which can be assigned to the processor series Ryzen 7000 ("Raphael").

Engineering samples with 8 and 16 Zen 4 cores

The two pre-series CPUs, which have already been shipped to OEM partners for testing, ran on a system with Ubuntu 20.04.3 LTS ("Focal Fossa") and were supported in their calculations by an Nvidia GeForce RTX 2080.

Both models, which are expected to succeed the current Zen 3 CPUs Ryzen 7 5800X and Ryzen 9 5950X (test), are particularly eye-catching with the L2 cache, which has been doubled to 1,024 kilobytes.

AMD has often mentioned the second half of 2022 for Zen 4, which has not changed with the demo at CES 2022. With Ryzen 5000X3D in the spring, autumn is ultimately considered realistic for the Zen 4 release.

AMD has also already confirmed the new socket. AM5 switches to the LGA format, so the CPUs no longer have classic pins. The number of contacts grows to 1,718 – almost the same value as an Intel Core i-12000 (test) with 1,700 contacts.

Genoa, the server adaptation with Zen 4, is also to be produced and presented in 2022, AMD emphasized two months ago. The new generation of CPUs for desktop and server rolls off the assembly line at the world's largest contract manufacturer TSMC in the N5 process.

As part of the live demo at CES 2022 to reveal the features, AMD explained that in the game Halo: Infinite, all cores clock at 5 GHz – the maximum possible single-core clock rates could therefore be even higher.

The fact that Halo Infinite (test) ran smoothly without any problems was not surprising in the end, because even previous systems with good graphics cards can already easily manage high FPS – AMD's new CPU also ran in 1080p.

All other facts and details about Zen 4 on AM5 therefore remained unclear at CES.