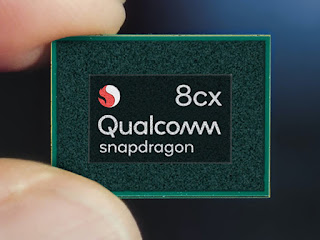 On the 2nd day of the 2021 Technology Summit, which it held today, Qualcomm talked about many ecosystems, from smart watches to headphones, from game consoles to laptops. In addition, the company announced the Snapdragon 8cx Gen 3 and 7c Plus Gen 3 platforms.

Qualcomm is breaking new ground, bringing its 5nm processor platform to Windows PC and Chromebook families with the Snapdragon 8cx Gen 3. Compared to its predecessor, the 8cx Gen 2, it provides up to 40 percent increase in single-core performance and up to 85 percent in multi-core. It will also support Full HD resolution up to 120 FPS in games.

It is said that these new generation processors will offer artificial intelligence features and performance that will lead the field. It is also said to offer up to 60 percent efficiency compared to its rival x86 platform. According to Qualcomm, the 8 and 7 Gen family brings a great innovation by supporting the battery life of the devices they are in for up to a few days.

The 8cs Gen 3 processor, specially developed for laptops, will also be the basis for Snapdragon's X55, X62 and X65 5G modems. In addition, it will bring with it the next generation Wi-Fi technologies 6 and 6E. In addition, the improvement in performance per watt also enables it to be one step ahead of its competitors in terms of power consumption.

In addition to its flagship processor 8cx Gen 3, Qualcomm also announced a Snapdragon 7c Plus Gen 3 platform. Unlike its big brother, the 7c Plus Gen 3 still uses 6nm technology. But it provides 60 percent more adequate multi-core CPU performance than its predecessor, the 7c Gen 2. In the GPU area, this value goes up to 70 percent.

This next-generation 7c Plus Gen 3 processor from Snapdragon is said to be for entry-level Windows PCs and Chromebooks. It is therefore not as powerful as its older brother, the 8cx Gen 3. However, they provide today's standards as they bring with them technologies such as X53 modem and 5G in relation and data transfer issues.