Snapchat Announced The Money It Paid To Compete With TikTok! 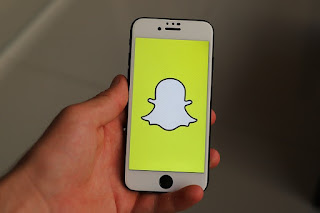 1 year ago, Snapchat entered a new phase in competition with Instagram and TikTok. It launched Spotlight, which allows you to see posts shared by everyone, not just the people you follow. The company announced that it would pay a measure of money to content producers who share using this feature, which it launched as a 'new way to discover Snap'.

Snapchat shared the gains it has made since launching Spotlight. The company said that thanks to Spotlight, creators post three times more often. Saying, “We are committed to rewarding our users for their creativity,” Snapchat announced for the first time the total measure it pays.

“Snapchat is a platform where creators of all types can grow their audience, build their businesses and entertain our community.” The company said that the content shared in the Spotlight section was checked before it was published so that it does not cause misinformation, hate speech and disinformation.

Snap Inc. stated that more than 65 percent of the content shared in the Spotlight section was created with Snapchat's AR Lens. Stating that Cartoon 3D Style Lens, which transforms people into a real-time 3D animated cartoon character with machine learning, achieved 2.8 billion impressions on the platform in the first week of its release, the company added:

A year ago, we launched Spotlight to take the hassle out of content creation and shine a spotlight on the funniest Snaps ever created by the Snapchat community.

Since last year, we've collectively paid more than $250 million to over 12,000 creators through our Spotlight programs! And we are committed to rewarding Snapchat users for their creativity.

Taking its place in the short-form video market with YouTube Shorts, Google expanded this feature, which it first started in India, to more than 100 countries in July. He also set aside $100 million in incentive funds to grow YouTube Shorts. Within the scope of the fund, which became operational in Turkey in October, content producers will be able to earn a monthly bonus of 100-10,000 USD.

There is no random application form for the YouTube Shorts Fund. Google determines the publishers that will receive payment under reasonable conditions. Those who meet all the conditions, including at least two images uploaded within 180 days and being of legal age, are eligible to participate in the fund.