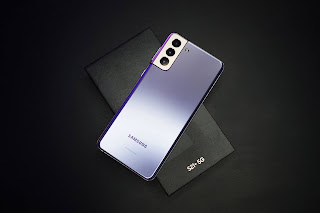 Samsung is preparing to join the name change trend that started with Facebook in the technology world. As you know, the South Korean technology giant operates in many sectors from mobile phones to shipping, from white goods to communication technologies. The company decided to continue with a new name on the mobile phone side with its new decision.

Samsung, which currently has the largest market share in the smartphone market, is seeking to restructure its mobile phone segment. Following the announcement at CES 2022, the Samsung MX will become the name of the company's portable division.

Samsung has announced this name change announcement in a press release for now. The company will make the official announcement at its CES 2022 launch on January 4 at 6:30 PM Pacific Time. With this statement, which came to 5 am on Saturday, January 5, Turkey time, the name Samsung MX will enter our lives.

TM Roh, Samsung Electronics Portable World Leader and CEO, will also be the new leader of Samsung MX. In the press release regarding the name change, TM Roh announced the change in the following form:

“After decades of innovation and leadership in the mobile space, we are excited to announce that our business has been named again. We believe this name change will help usher in a new era in portable innovation where we can create even more exciting possibilities for Galaxy users.”

Although the Samsung name change is exciting, both the processor that the company will introduce and what it will offer in the S22 series are in the middle of the eagerly awaited. As you know, it was revealed that the company, which said goodbye to the Galaxy Note series, will keep the Note series alive in the S22 Ultra model.