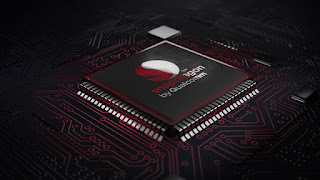 The supply problems that started after the pandemic, the increasing chip requirement and the insufficient production have dragged the world into a great chip crisis. Until now, tech giants assumed that the chip crisis would not end before 2023. There are not few who believe that this pessimistic picture will not be resolved even in 2023. However, Qualcomm CEO made a much more promising statement on this subject.

According to Qualcomm CEO, the global chip crisis will end soon

The company, which has been the head of the portable processor market for many years, lost this title to MediaTek in its market share, but it is still the most valuable actor in the branch. In this sense, Qualcomm CEO Cristiano Amon's statement about the global chip crisis is quite valuable.

According to Amon, the crisis, which affects many sectors from automotive to white goods, will end in 2022. Although Amon did not give an exact date on this matter, he explained that the situation would improve soon. The closest time period compared to Amon is next year.

Cristiano Amon explained that according to reports from South Korea, the supply has smoothed out this year compared to 2020. Accordingly, he said that he expects the situation to get better in 2022, especially compared to 2020.

Although Qualcomm is so optimistic, Intel CEO Pat Gelsinger disagrees. Accordingly, Gelsinger believes that the global chip idea will continue until 2023. ARM leader Simon Segars is even more pessimistic. Seagars believes that even 2023 is in danger and the crisis will deepen.

The global chip crisis, which particularly affected car production, caused both an increase in prices and a decrease in supply worldwide. With this crisis, Europe on the one hand and Japan on the other started to invest in new chip factories. Again, Intel allocated a valuable budget for new chip factories.

Although Qualcomm made optimistic predictions about the crisis, the increase in processor prices that started last year became even higher with the deepening of the crisis. One of the important turning points for the global chip crisis is the US embargo on Chinese companies. In particular, some strategic mines used in processor production are under Chinese control. In recent months, the price increase and lack of supply in these mines caused the crisis to deepen.