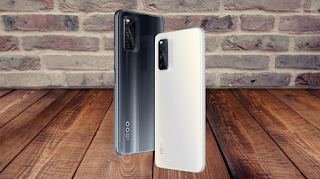 The iQOO Neo 5S, which was on the schedule recently, came out with a render photo that was leaked today. Redmi and rival manufacturer realme, which Vivo made to introduce affordable phones, increase their productivity after gaining independence over time. The new admiral of the industry, known for its technical details, is about to be introduced. So what awaits us in the new iQOO Neo 5S?

The iQOO Neo 5S, which a few days later became our talk with a very interesting topic, will use dual chip technology. This technology, which the manufacturer announced 4 days later, was originally intended to be included in this model. For authorities, the Neo 5S will have an independent display chip in the phone, and a Snapdragon 888. This will provide more vibrant colors and a more secure screen experience. But that is not the topic of our news today. Our topic today is a photo render of the iQOO Neo 5S…

For the announcement, iQOO, which will introduce the Neo 5S model on December 20, offers different details about the phone to the press every day. The flagship, which is almost technically obvious, has come to the fore in design with a photo shared by Digital Conversation Station on Weibo today. The great quality of the over-the-top display leaves no lingering question mark on the mind.

The iQOO Neo 5S, which has a rectangular camera box in the upper left corner of the back, will have 3 sensors. When we look at the front of the phone which has OIS reinforcement on the main camera, the thin bezels attract attention. The front camera placed in the hole in the center meets the requirements of the segment.

Although there are no different details on the design side, the technical details of this phone are also clear. 6.56-inch OLED display with 120Hz refresh rate, 48 Megapixel Sony IMX598 camera, Snapdragon 888 processor, 66W flash charging and Android 12 are the key elements we will be looking at in the new iQOO Neo 5S model.