Home AMD RYZEN AMD Ryzen 6000: Zen 3+ for the first time with 5 GHz boost clock thanks to the N6 process 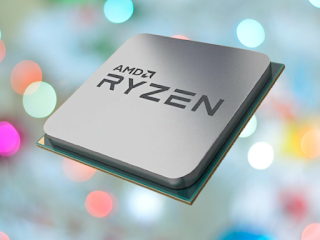 The 45-watt APUs of the AMD Ryzen 6000 series, alias "Rembrandt", are supposed to clock up to 5 GHz in boost for the first time thanks to the optimized Zen 3+ architecture and the N6 process from TSMC, which is also used for the Radeon RX 6500 XT and 6400 . The VideoCardz and Wccftech websites want to know from their own sources.

While VideoCardz is already presenting the first pictures of notebooks and circuit boards that are expected at CES 2022 , Wccftech would like to know a large part of the key data of the three expected APUs with code names Rembrandt . For the first time ever, a Zen-based CPU or APU is officially clocked at 5 GHz (Boost).

The higher clock frequencies in boost compared to Renoir , Cezanne and Lucienne are to be achieved through optimized production in the N6 process from TSMC, which the manufacturer, according to the latest rumors, also uses for the Radeon RX 6500 XT and the OEM graphics card Radeon RX 6400 will.

Rembrandt-H with Zen 3+ and RDNA 2

In addition to up to 8 Zen 3+ cores and 16 threads, smaller models are also expected later, Rembrandt-H will for the first time also have an internal graphics unit based on the RDNA-2 architecture.

VideoCardz can also already show a corresponding motherboard with Rembrandt APU, whereby the new mobile Radeon RX 6850M XT with a likewise optimized Navi 22 ("Navy Flounder") is to be used in the N6 process.

In this case, too, the website provides initial key data on the new spearhead of the well-known Radeon RX-6000M series.

Rembrandt-H as a block diagram and 24 SKUs

The usually well-informed Twitter user @ExecuFix alias "ExecutableFix" has in the meantime also published a block diagram of the Ryzen 6000 APUs alias Rembrandt-H.

He also published a list of a total of 24 potential stock keeping units (SKUs), which are assigned to the AMD Ryzen 6000 and AMD Ryzen 6000 Pro series and are said to be located on the two sockets FP7 and FP7r2.

The TDP rating of the APUs therefore ranges from 28 to 45 watts +, whereby the OEMs will still have a lot of leeway thanks to the cTDP of the APUs.