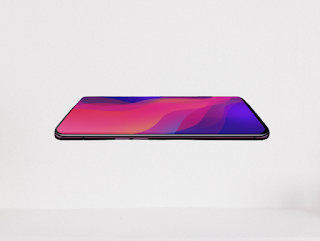 In 2021 OPPO was recorded to release 13 smartphones in Indonesia. Consisting of six models in the A series that target the lower middle segment, seven Reno series in the upper middle class, and a Find series device to compete at the top.

I have summarized the list of OPPO smartphones released in 2021. Complete with various superior features and the latest price updates. Let's start with Find X3 Pro, OPPO's true flagship.

As a flagship, Find X3 Pro is equipped with qualified specifications in various aspects that make it able to compete with any competitor's flagship device. For starters, the device is powered by the Snapdragon 888 chipset and is equipped with a 4,500 mAh battery with 65 Watt SuperVOOC 2.0 Flash Charge.

Find X3 Pro has also received the ColorOS 12 update based on Android 12. At first glance, for specifications, it carries an LTPO AMOLED panel with 1 billion colors, 6.7 inches with a resolution of 1440x3216 pixels with a refresh rate of 120 Hz. The camera capabilities are highly favored, the main camera is 50MP with 1/1.56-inch sensor, 50MP with ultrawide lens, 13MP with telephoto lens, and 3MP microphone.

Reno5 is present in Indonesia in early 2021, it is an all-round middle class smartphone at a price that is not too expensive. Regarding performance, it relies on a Snapdragon 720G chipset and a 4,010 mAh battery with 50 Watt Flash Charge.

Combined with a 6.4-inch FHD+ AMOLED screen with a refresh rate of 90 Hz, this combination makes gaming needs well catered for. For photography, OPPO embeds four cameras, namely 64MP, 8MP, 2MP, and 2MP. Another important info, OPPO has confirmed that the Reno5 will get the Android 12 update.

In terms of specifications nothing has changed with the original Reno5, this device is here for fans of Marvel superheroes and packs various Avengers-themed elements. Starting from the design, sales package accessories, to the interface. As a special edition device and sold for a limited time, the Reno5 Marvel Edition also offers a high exclusive value.

The 5G version of the Reno5 uses a different chipset, it relies on the Snapdragon 765G with faster performance than the Snapdragon 720G. Another difference is that the 4,300 mAh battery is supported by 65 Watt SuperVOOC 2.0 Flash Charge, while the screen and camera aspects are still the same.

In March, OPPO closed the Reno5 series with the Reno5 F as the most affordable model from the Reno line. Of course, OPPO made a number of specifications adjustments and trimmed some features.

The screen is still AMOLED measuring 6.43 inches FHD +, but with a refresh rate of 60Hz. The rear camera configuration is 48MP, 8MP, 2MP, and 2MP. The kitchen is powered by the MediaTek Helio P95 chipset with a 4,310 mAh battery equipped with 30 Watt VOOC Flash Charge 4.0.

The Reno5 successor was released in July 2021, although on paper the specifications offered are quite identical, OPPO presents many improvements and new features. For example, Bokeh Flare Video Portrait, which allows users to record videos with a cinematic bokeh effect.

Key specifications include a 6.4-inch FHD+ AMOLED display with a 90Hz refresh rate, a 4,310 mAh battery with 50 Watt Flash Charge, and a 64MP, 8MP, 2MP, and 2MP rear camera. The kitchen is still using Snapdragon 720G, but for gaming OPPO equips it with Quick Startup which allows Reno6 to load games faster than usual.

The 5G version of the Reno6 is coming in August alongside the Pro version. In terms of design, Reno6 5G looks fresher with a flat design, the screen specifications are still the same and there are three rear cameras, namely 64MP, 8MP, and 2MP.

The kitchen runway is the main differentiator, the Reno6 5G uses the MediaTek Dimensity 900 chipset. In addition, the 4,300 mAh battery is equipped with 65 Watt SuperVOOC 2.0 Flash Charge.

Switching to the Reno6 Pro 5G, it enters as a semi-flagship device. The device is powered by Snapdragon 870, up to 12GB RAM and 256GB extra roomy storage.

The screen and camera aspects are also better, the Reno6 Pro 5G is equipped with a 3D curved display that curves on the left and right following the contours of its slim body. The rear camera includes 50MP as the main camera, 16MP ultrawide, 13MP with telephoto lens, and 2MP macro.

Switching to the A series smartphone, from the cheapest there is the OPPO A16 which is priced from Rp. 1,999,000. It carries a 6.52-inch HD + LCD screen with 13MP, 2MP, and 2MP rear cameras. The kitchen is powered by the MediaTek Helio G35 chipset and has a large 5,000 mAh battery without the fast charging feature.