Xbox Series X small refrigerator sold out as it was released! 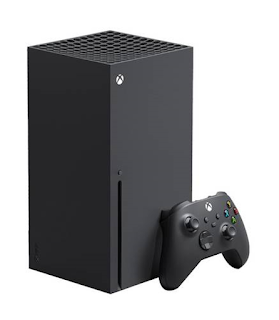 Announced at a launch during E3 2019, the Xbox Series X and Series S designs were mocked for a while. In particular, the Series X was likened to a small refrigerator by the players, and messages full of jokes rained down on the famous company Microsoft on social media. However, Microsoft turned this situation into an opportunity and decided to actually produce the small refrigerator.

It was thought that Microsoft, which was said to have started the production of the cabinet at the beginning of 2021, was making a joke about this, but it turned out that this was not the case in the past months.

The work, which was opened for pre-order on October 19, 2021 and offered for sale in the United States, England and some European countries, has sold out in all technology markets in the USA. The Xbox Series X Small Fridge, which was sold with a $ 99 tag, was met with great interest in pre-orders. It seems that the work has been sold in stores after pre-orders.

Microsoft had a heavy year this year, not only in the gaming industry, but also in other areas. The company, which will release the documentary Power On: The Story of Xbox on December 13, has agreed with Adidas for the Xbox shoes that will be produced in a finite number. The shoes were launched earlier this month and soon sold out.

Although no official statement has been made by the company now, it is expected that a different product will be released for the celebration of the 20th anniversary of Xbox, which may attract the attention of users.

So what do you guys think of the Xbox Series X small refrigerator? Do you think the work is interesting? Do not forget to share your views with us in the comments section.