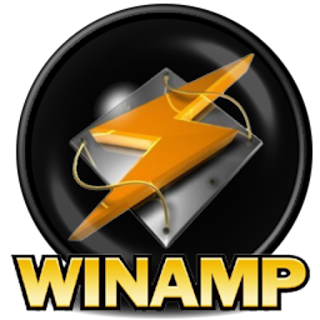 Winamp is an MP3 music player that is very familiar to computer users and very memorable. Deep memories of users and feel sad when winamp which is digital music is turned off and can't be downloaded at the end of december 2013.

A fresh and modern look is the latest news that revives Winamp. Winamp will follow the example of Apple Music and Spotify in online services that are all online from the new interface to the new logo

Interesting Winamp facts that you must know are as follows :

Justin Franker and Dmitry Boldrev were the first founders of Winamp when it was released in 1997. They are part of the students at the University of Utah. On April 21, 1997 Winamp has a minimalist version history with Winam Version 0.20 which we can download for free because it is made for freeware and it looks very simple. Winamp 0.92 is the continuation and will be made even better.

Winamp 2's popularity greatly increased in 1998. So that the most downloaded software from the internet is winamp.

Nullsoft was founded by the Winamp founders as a platform. Given its increasing popularity. Winamp will make a premium version in a way that members will pay if they want to enjoy the premium version and that's one way for winamp to benefit. 3 million user downloads downloaded Winamp in 1998.

At that time, Nullsoft had several lawsuits. But everything worked out fine. Big companies really like Winamp which already has tremendous fame. Finally in 1999. $80 million worth of AOL bought by Nullsoft as owner of Winamp. Winamp users in June 2000 counted up to 25 million people.

Winamp has the advantage of changing the appearance of this is the most interesting feature. The term is changing skin. the winamp graphical user interface is changed using a bitmap file, namely skin. Winamp.com is a site where users can upload their design skins

Winamp skin will be made with many versions in the future. 3000 Skins already owned by Winamp in 2000. Skin themes can also vary. Interesting themes such as racing, sports and beautiful women.

Winamp's popularity is fading. Many competitors have sprung up with better features to be one of the reasons. Apart from that, there are no more new innovations brought to Winamp by its new owner, AOL. As if Winamp is running in place.

Indeed, there was Winamp for the Android platform. However, the number of users is not as expected. Especially with the widespread popularity of mobile devices, Winamp's role is increasingly marginalized. To listen to music, many feel enough to use the built-in music player on their device.

Having existed for more than 15 years since its release, Winamp was shut down by its owner, AOL. It is certain that fans will no longer be able to download Winamp after December 20, 2013. Many at that time regretted the death of Winamp. Potential that is increasingly popular because it has more users.

Winamp General Manager Mr Rob Lord said that Winamp since the acquisition there have been several layer mismanagement by AOL so that it doesn't fit Winamp in iTunes at this time.

Winamp was officially closed by AOL in 2014, but with its fame, Winamp attracted the attention of a Belgian company, Radionomy, which is an online radio aggregator. Radionomy is quite famous there. On their website, they write that they already have about 6,000 radio stations that can be listened to via the internet. But Radionomy was not only lured by Winamp, they also took Shoutcast out of AOL's hands.

Prior to Radionomy, it was widely reported that Winamp was being offered to Microsoft. But it seems that an agreement was never reached between AOL and Microsoft.

Winamp music player will be revived by Winamp parent company as reported in AudioValley. The next generation of Winamp will be promised to get the latest update, it will be totally changed, aka remaster, so that it can be concluded that it has risen from the grave of the Winamp company in totality according to their plan.

The latest Winamp will be accessible online, with a new logo, new interface so that creators can earn from the platform.