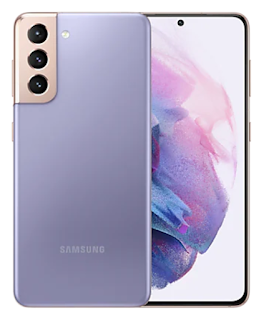 Samsung officially launched the operating system and One UI interface based on Android 12 for the Samsung Galaxy S21 smartphone series consisting of the vanilla Galaxy S21, Galaxy S21 Plus, and Galaxy S21 Ultra.

This One UI 4.0 Android 12 update for the Samsung Galaxy S21 series brings richer smartphone customization, enhancements and security, added features, and much more.

He also added that all this One Ui 4.0 software will benefit the Samsung ecosystem, including smartphones and tablets, to provide a more seamless experience.

The One Ui 4.0 update brings richer customization to the smartphone interface with more colors, new widgets, and a refreshed design.

The features in One UI 4.0 are also improved, which basically has the same concept as Android 12, where the user's security system is when an application uses or tries to access the camera or microphone on a smartphone.

Users can choose to disable the camera or microphone if they don't want it in an application in the privacy section of the dashboard by Samsung.

Samsung states that they have collaborated with third-party applications, as well as with Google in the development of their operating systems to ensure a seamless user experience for each of their devices.

This Android 12-based One UI 4.0 update has been officially launched for Samsung Galaxy S21 series smartphones starting today and users can check it manually and periodically in Settings > System > Software Update.

Samsung added that the entire One UI 4.0 will be rolled out widely for their smartphone and tablet lineup, as well as for their smartwatch lineup, gradually and vary depending on the user region.