Price list for iPad 9 in Indonesia, the cheapest is IDR 6 million 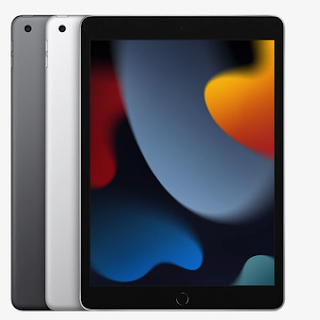 After launching the 9th generation iPad tablet last September globally, Apple has finally officially brought the device to Indonesia. Consumers who are interested in owning an iPad 9 can buy directly from Apple's official distributors in Indonesia, such as iBox, Eraspace, and Digimap, which have displayed the latest iPad series on their respective sites.

From the official iBox website, Monday (11/15/2021), there are two colors available in Indonesia, namely Silver and Space Grey. There are two memory variants to choose from, namely 64 GB and 256 GB with Wi-Fi only connectivity options or Wi-Fi and cellular.

The following is the price of the iPad 9 in Indonesia for each model:

Prospective buyers can directly come to the Erajaya network outlets. It can also be through online channels on the iBox, Eraspace, and Digimap sites. Another option is through the official iBox store and Digimap on the Shopee marketplace.

Specifications iPad 9 iPad 9 is equipped with a 10.2-inch Retina Display screen. On the bottom side there is still the Home button which also functions as a Touch ID fingerprint scanner, while on the top frame there is an 8 MP front camera. The tablet is powered by the Apple A13 Bionic. In the upper left corner of the back, there is a single 12-megapixel (MP) ultra-wide camera with a 122-degree field of view.

The camera is equipped with a popular feature found on the iPad Pro, namely Center Stage. Apple explained that the Center Stage feature can detect human subjects automatically and follow their movements so that they can be kept in the center of the frame. iPad 9 supports the first generation Apple Pencil and smart keyboard. The operating system that is running is iPad OS 15.

iPad OS 15 offers a variety of tablet-specific features that users can use, such as Widgets that display information from applications, as well as a Quick Notes feature to quickly record various information.