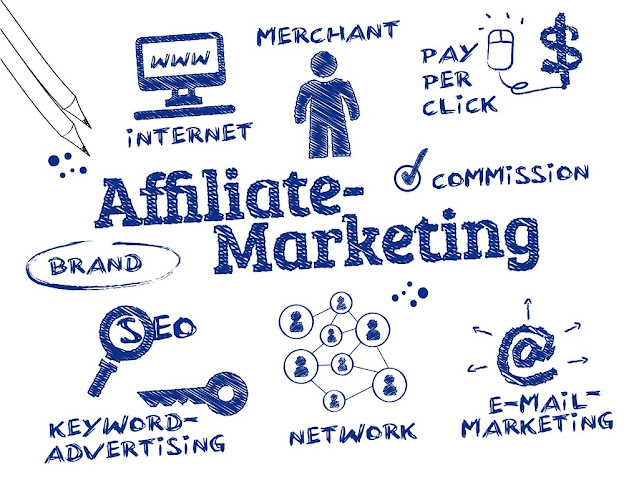 In this type of marketing, affiliate management companies, in-house affiliate managers and third party vendors are effectively utilized to use E-mail Marketing, Search Engine Marketing, RRS Capturing and Display Advertising for the success of the product. The web traffic can be traced with the help of a third party or own affiliate programs. A lot of work is involved in this process. At first marketing by this method involved lots of spamming, false advertising, trademark infringement, etc. But, after the invention of complex algorithms and advance security this has been regularized to make it safer for doing business and shopping online. This even led to the better scrutinizing of the terms and conditions by the merchants. Affiliate marketing became more profiting with the opening of more opportunities but at the same time it also increased the competition in marketing.

Affiliate marketing was started by cdnow.com who had music oriented websites. They placed list of music albums on their site and they paid others if they put those links in their websites when a visitor bought their album through their site. The first company to link with cdnow.com was Geffen Records. Two months later, Amazon was offered by a woman that she would sell Amazon’s books on her website and she should be paid a certain percentage in return if she sold Amazon’s books through her site. They liked the idea and started the Amazon associates program. It was more of a commission program where they received a commission if a visitor clicked their links and banners on other’s site and bought anything through it.

Since its invention, the affiliate network has been adopted by various businesses like travel, education, telecom, mobile, gaming, personal finance, retail, and subscription sites, the most common being adult and gambling sectors. In UK alone, affiliate marketing produced £ 2.16 billion.

The compensation methods used are Cost per sale (CPS), Cost per action (CPA), Cost per mile (CPM) and Cost per click (CPC). The first two are the more famous methods today. This is because in CPM and CPC, the visitor which turns up on a particular website might not be the targeted audience and a click would be enough to generate commission. CPS and CPA have a compulsion that the visitor not only clicks on the link but also buys something or signs up for some service after it which proves that he is among the targeted audience. Only in the above case the affiliate gets paid. So the affiliate should try to send as much targeted traffic as possible to the advertiser in order to increase his/her returns and for this reason affiliate marketing is also known as performance marketing because it totally depends on the performance of the affiliate. The affiliate team can be differentiated from a sales team from the nature of their jobs. The job of the affiliate team is to drag targeted traffic to a point and from that

point it’s the job of the sales team to influence the visitor to buy the product or the service.

This is a very effective kind of method because the money is being paid only when results have been achieved. The publisher incurs all the cost except that of initial setup and development of the program, which is incurred by the merchant. Many businesses give credit to this method of marketing for their success.