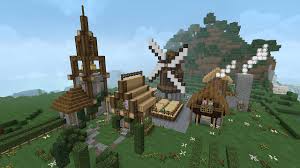 I have been playing various games for a long time and personally I have started to get a little bit bored of the same old games, run in, kill stuff, run back out or die.

I recently started looking for something different to play, so I decided to give Minecraft a go. I had heard great things about the sandbox type of gameplay of Minecraft, it made me feel positive that it would be a good change to my gaming.

So I installed Minecraft and initially though... oh dear god what have I done. The graphics are not completely awful but close. Then before I knew it I had been playing for hours and was absolutely loving the game. Minecraft really got hold of me and made me want to play more and more.

I eventually started to look for even greater challenges in Minecraft to help me continue enjoying it. Some of the creations made me feel like there was a lot more to it than I first thought. 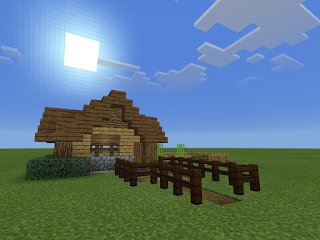 I stumped across the Survival Island Minecraft map. This looked like the exact thing I had been looking for (especially being a big fan of castaway). So I eagerly installed the map and got loading up Minecraft, I was excited.

After loading into Minecraft and then the map I though, how the hell am I supposed to survive here, I guess that is the point.

The island consists of an extremely small sand base, a bit of dirt and a tree (from what I can remember). I did feel a sort of anxiety that I had not experience before in Minecraft, all I thought was "I must survive."

After a few more hours of gaming I was in full flow of the Minecraft Survival Island way, I had underground tree farms, automated cactus farms, bonemeal for seeds and lots of other stuff going on, I felt good.

Then all of a sudden disaster struck! I had mined in the wrong direction and opened up water into my underground cavern, oh dear.

I quickly plugged the leak with a bit of dirt and blocked it up a bit more with dirt so that I could make sure I would not make that same mistake again.

I strongly recommend playing the Minecraft Survival Island map as it gives a real edge of excitement you don't get from playing normally. You feel anxious and slightly scared at what is going to happen.

Yes it is just a game but after immersing yourself you feel truly happy that you have made yourself a great home inside Minecraft.

So if you haven't already then download the Minecraft Survival Island map and get surviving.