After yesterday discussing the FREE Debit Card from Payoneer, this time I want to discuss the Free Debit Card from Paxum. If Payoneer debit card can verify Paypal, then Paxum is also exactly the same as Payoneer but the difference between Payoneer and Paxum is very far. 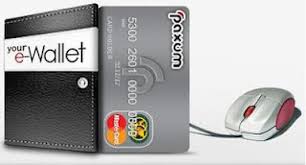 Payoneer is harder to load $$

if we don't have a Credit card or Patnert payment we haven't reached the minimum payment, while Paxum is easier because we can join an Affiliate that can load a Paxum debit card with only a minimum payment of $ 1.

However if you are already proficient at Payoneer affiliate partners and get around $ 100 monthly payments, you don't have to bother getting a free debit card from Paxum if your goal is to verify Paypal, you can continue to use a debit card from Payoneer.

I was looking for another debit card because my Payoneer debit card was still not filled with $$, therefore I looked for other alternatives to verify my paypal account which was limited to sending / withdrawing money, and finally I found a Wallet Payment Processor-based electronic payment instrument and offered a debit card free named Paxum.

The advantage of Paxum is that we don't remember card activation fees, and other fees are very cheap compared to Payoneer, it's just that getting a debit card from Paxum is rather difficult. To get this debit card, you must submit proof of identity.