Renowned US venture capital investor Tim Draper confirmed that he is sticking to his six-digit Bitcoin (BitfinexUSD) price prediction at the Virtual Blockchain Week event. 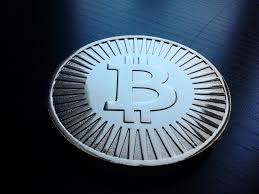 He cites some of the main reasons that might be driving this price movement. Draper is confident that a massive stimulus package from the US government will lower the value of the dollar and "send people to crypto assets." He also hopes Bitcoin will experience massive commercial adoption worldwide within that timeframe.

Draper said a company called OpenNode (in which he invested $ 1.25 million) could help make this happen. OpenNode is building a Bitcoin payment instrument on the Lightning Network, which is known for its fast settlement of BTC transactions.

Later, Draper believes such services will prove the competitive advantage of conventional players - credit cards - and will fill the market from them in the same way MasterCard and Visa are taking over the market role of the then dominant American Express.

As the countdown continues, the main concern remains on the Bitcoin price movement.