Bloomberg said the Bitcoin price could reach US $ 100 thousand by 2025. This latest study is based on a number of historical data.

“Bitcoin can continue to exist as it is today and will continue to be adopted. But the pace looks slower, "said Mike McGlone, analyst with Bloomberg Intelligence, October 5, 2020. 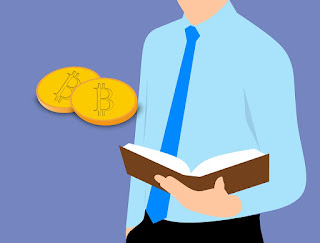 “Using that pattern, Bitcoin price could be US $ 100,000 in about five years. There is an assumption that Bitcoin could fail, but our indicators say otherwise, "he said.

Bitcoin base is still strong for price strengthening, if its historical price is used as a reference. Since its inception and when it hit US $ 10,000 in 2017, Bitcoin has corrected in depth by about 70 percent. However, it is still in a long period of consolidation. 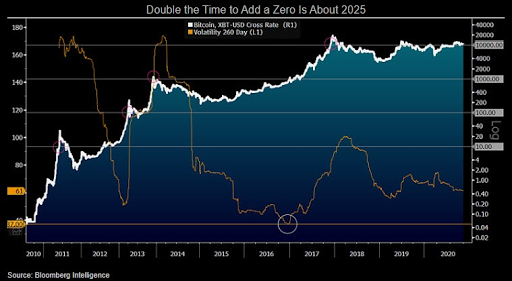 Market Capitalization Rise, Demand Also Goes Up
The massive investment in Bitcoin by MicroStrategy in the third quarter of 2020 could represent a large adoption of traditional entities, said McGlone.
“At less than US $ 200 billion, the Bitcoin market is too small for many large institutions, including central banks, to add crypto assets as part of their holdings. But if Bitcoin's market capitalization increases, the opposite will happen, ”he said. 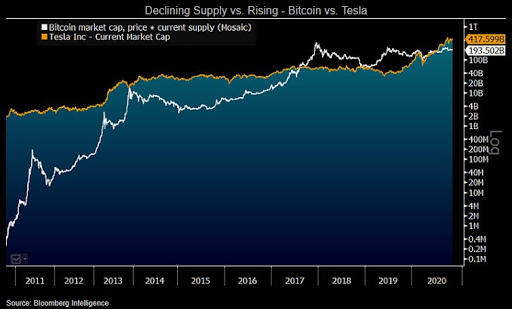 McGlone also highlighted the importance of Bitcoin products in the form of securities, namely stocks such as the Grayscale Bitcoin Trust (GBTC) and the Bitcoin Exchange Traded Fund (ETF), including in the futures market. According to him, GBTC is very good at growing the adoption and appreciation of Bitcoin.

"In 52 weeks, Bitcoin correlated the most with gold in 2010. When the futures contract was launched in 2017, Bitcoin's correlation with gold was close to zero compared to now, around 0.44 points," he said.

He noted that Bitcoin futures exchanges are the main route of entry of Bitcoin into mainstream investment assets.

"The emergence of ETF, for example, is a matter of time, so that Bitcoin is more accessible in traditional markets, such as gold ETF 2004," he concluded.