How much money do Bitcoin miners make?

It depends on many factors. When calculating Bitcoin mining profitability, there are many things you need to take into account such as: 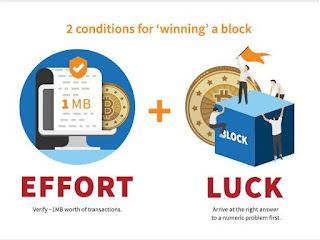 2. Bitcoin rewards per block: The amount of Bitcoin that is generated when a miner finds a solution. This number starts at 50 bitcoins in 2009, and is halved every 210,000 blocks (about four years). The number of bitcoins currently awarded per block is 12.5. The last block-halving was in July 2016, and the next in 2020.

3. Mining difficulty: A number that shows how difficult it is to mine bitcoin at any given moment taking into account the amount of mining power currently active in the system.

4. Electricity costs: How many dollars do you pay per kilowatt? You need to know your electricity rates to calculate profitability. This can usually be found on your monthly electricity bill. The reason this is important is because miners consume electricity, either to power the miners or to cool them down (these machines can get very hot).

6.Pool fees: If you mine via a mining pool (it should be), the pool will take a certain percentage of your income for providing their services. In general, it's around 2%.

7. Bitcoin Price: Since no one knows what the future price of Bitcoin will be, it is difficult to predict whether Bitcoin mining will be profitable. If you plan to convert mined bitcoins to another currency in the future, this variable will have a significant impact on profitability.

8. Difficulty increasing every year: This is perhaps the most important and elusive variable. The idea is that since nobody can really predict the rate at which miners join the network, no one can predict how difficult it will be to mine in six weeks, six months, or six years from now. In fact, as long as Bitcoin existed, its profitability only fell a few times - even at a relatively low price.

The last two factors are the reasons why no one can provide a complete answer to the question "is Bitcoin mining profitable?"

Once you have all these variables, you can input them into your Bitcoin mining calculator (as can be seen below) and get an estimate of how much Bitcoin you will be earning each month. If you can't get a positive result on the calculator, it probably means that you don't have the right conditions for mining to be profitable.